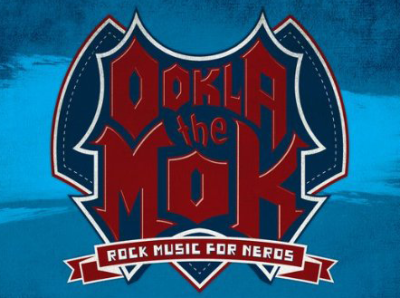 About Ookla the Mok

If you haven't heard of Ookla the Mok, well then I guess you're just not nearly as nerdy as you thought you were. Based in Buffalo, New York, Ookla the Mok has been entertaining nerds of all stripes since the early 90s. If you've spent any amount of time at Science Fiction, Comic Book, Star Trek, or Filk conventions, then you've more than likely breathed the same air as us. Claims to fame include: * Getting into bed with Disney -- We were hired to write and perform the theme to the Disney cartoon Fillmore! (And while we are indeed excited to share that fact with you, the exclamation point is part of the title of the show.) * Gym Class Heroes' "Cupid's Chokehold (Breakfast in America)" -- Adam plays the keyboards on that track and Rand's voice is the very first thing you hear. Trust me, you've heard this song. * Four Pegasus Awards -- Those are the Grammys of Filk. * Dr. Demento's Funny Five -- We've topped that bad boy eight times, and had tracks appear on two of his CDs. Our song "Tantric Yoda" was the most requested song of 2012, and "Mwahaha" is on track to be the most requested song of 2013. Oh yeah? Well, how many times has *your* nerd rock band been played on Dr. Demento? * A whole buncha records -- Including the best-selling Super Secret and a space monkey rock opera.