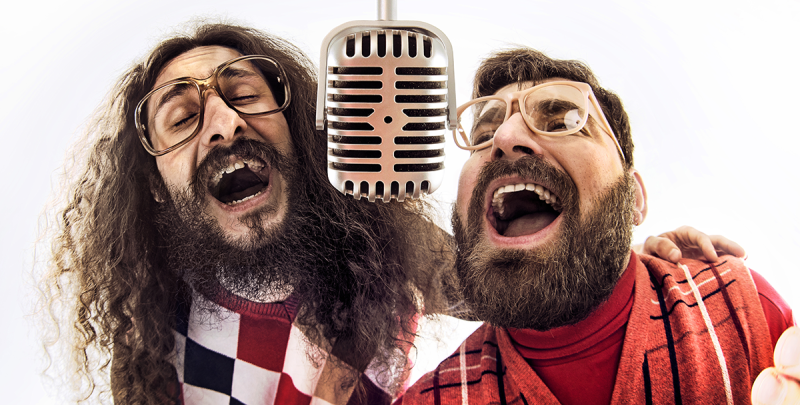 What is Nerdcore and Geek Rock?

If you do a quick google search about Nerdcore and Geek Rock, you'll find two different Wikipedia pages that are supposedly about two different genres of music. But they're not really that much different from one another. Both of these genres of music stemmed from the concept of nerd music, a branch of music that specifically revolves around things that a nerd might find interesting. It's a unique music genre that has an extremely rich history and background. Let's get down to the details and talk about how the terms' nerdcore' and 'geek rock' came into existence.

The first time this term was used in mainstream music was by MC Frontalot in 2000. Frontalot was known as the Godfather of Nerdcore. However, famous names like Beastie Boys and Dr. Dre started exploring the boundaries of topics more relevant to the nerd stereotype. Their music wasn't really called nerdcore per se. But, it did pave the way for future artists like Frontalot to come into the picture. However, nerdcore wasn't directly linked to nerds until 2004. In the summer of that year, Penny Arcade held a gaming convention that saw artists like Frontalot perform in front of the audience.

This trend would continue next year at the same expo, but things would change from just a performance to a full-on concert by MC Frontalot and Optimus Rhyme (another popular name in the nerdcore history). After these performances, the term 'nerdcore' solidified itself as a complete music genre and started developing its own fanbase.

2006 would prove out to be a huge milestone for nerdcore as rapper Jason Z. Christie created a website solely dedicated to nerdcore. The two websites were NerdCoreHipHop.org and RhymeTorrents.com. These sites became sort of rallying ground for nerdcore fans and created the very first online fanbase for the genre.

Things would continue improving in 2008 as the annual charity event named Nerdapalooza began and brought together dozens of nerdcore artists to the same platform. To make things all the better, two documentaries were released in the same year around the nerdcore genre named Nerdcore Rising and Nerdcore For Life. Nerdcore Rising was made around the Godfather of the genre Frontalot as he began his journey around the U.S. for his first tour. While Nerdcore for Life talked about nerdcore a bit more generally and had appearances from some of the biggest names in the industry talking about the genre they loved.

"Glitched: The Dutch Nerdcore Event" was a major development in the world of nerdcore by becoming the very first major event for nerdcore outside the U.S. This was a way for the rest of the world to finally acknowledge the music genre the Americans were going cray-cray for. It was hosted in Amsterdam in 2009 and featured the biggest names of the global nerdcore scene at that time.

Nerdcore wasn't a genre formally introduced into the world of music. It sort of just… happened. The reason behind the popularity and growth in trend was simply the love of the people. Listeners fell in love with the genre as they saw hip hop artists finally give importance to their relative interests. Being called a nerd, loving Star Wars, playing Dungeons and Dragons, and binge-watching Star Trek was no longer insults.

Geek Rock was born because of a passion for strong electronic instruments. It also talks about the same areas of interest like video games, comic books, etc. but with some notes of EDM thrown into the mix. The initial album that made geek rock slightly more mainstream was released back in 1990 named Flood by They Might be Giants. This album was the first official entry of the geek culture into the world of rock. Off the back of their successful album, They Might be Giants are often dubbed as the Nerd-Rock Kings, namely by Billboard.

The difference between nerdcore and geek rock started to become more visible as nerdcore started gaining popularity at gaming and comic con conventions. On paper, both genres catered to the same audience. However, the way they were linked to their listeners and their lives was a bit different. Nerdcore was born out of these conventions, but geek rock was never normalized at these events the same way. The fandom was the same. However, science conventions were a part of nerdcore. Geek rock was the opposite by being a part of the community instead of the conventions.

Similar to nerdcore, as the genre grew in popularity, there were events organized specifically for geek rock. The most popular among them would be Rock Comic Con, organized in either June or October of each year around the United States. In 2012 through 2014, it was actually organized twice in a year with sold-out seats. The trend would continue on for four years from 2010 onwards but died out in 2014 after eight variants of the comic con.

But, it did what needed to be done. People were now passionate about this very weird genre, and the genre had a fan following. That's all it needed for the genre to become increasingly famous in today's day and age.

When asked about the genre of music talking about geeky and nerdy subjects, Kyle Stevens of Kirby Krackle pretty much defines what nerdcore and geek rock is.

And, that's what these genres are. A voice for the stereotype deemed outcasts…